Asana is the third limb in Pantajali’s yogic system and a limb that you be familiar with as it encompasses the postures we perform in class. The word 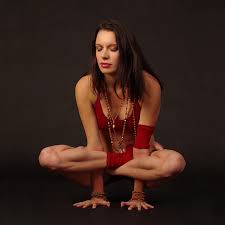 asana, however, can almost translate to seat or a method of sitting. In the Yoga Sutras, Patanjali defines asana as ‘to be seated in a position that is firm, but relaxed’.

Now that we’ve looked at purifying our thoughts, behaviours and actions via our codes of conduct (remember the yamas and niyamas?) it’s time to look at asana. The aim of asana is to steady the body and to bring stillness into the body to prepare for meditation, usually in a sustained sitting posture. Without a cooperative body, the mind is unable to find the stillness required for deep, prolonged meditation. The kind of meditation engaged in for complete illumination.

Undertaking asana is believed to open the energy channels and invigorate the flow of prana and asana can be the tools to tune your vehicle to reach higher awareness and bring the body into a state of equilibrium.

‘At a deeper level, asana means the full expression of mind body integration, in which you become consciously aware of the flow of life energy in your body. Performing asanas with full awareness is practice for performing action in life with awareness,’ Deepak Chopra.

There are countless physical benefits such as: increased strength and endurance, flexibility, balance, reduced stress, anxiety and depression, beneficial for asthma, improved sleep r, improved circulation and can even help you manage diabetes. Asanas are unique in that whereas most other forms of physical movement predominantly focus on muscles, asana have added bonus of being able to deeply massage and revitalise and nourish the vital organs and help the body to be at its optimum on a physical and energetic level.

There is a bit of contention around the actual number of postures in yoga, with most yogic scholars believing there are infinite asanas. Patanjali has eluded to there being 84 classic poses, whilst in ‘1959, Swami Vishnu-devananda published a compilation of 66 basic postures and 136 variations of those postures. In 1975, Sri Dharma Mittra suggested that “there are an infinite number of asanas.’ (Wikipedia)

Did you know? Many postures are named after animals and that is no coincidence. Ancient yogis devoted time to emulating animals and how they immediately interacted with their environment.

‘Through their observations of nature, the yogis discovered a vast repertoire of energetic expressions, strong physical effect on the body but also a concomitant psychological effect. Each movement demands that we hone some aspect of our consciousness and use ourselves in a new way. The vast diversity of asanas is no accident, for through exploring both familiar and unfamiliar postures we are also expanding our consciousness, so that regardless of the situation or form we find ourselves in, we can remain “comfortably seated” in our center [sic]. Intrinsic to this practice is the uncompromising belief that every aspect of the body is pervaded by consciousness. Asana practice is a way to develop this interior awareness,’ Healthy Net describes.

But it’s not just those poses that we so deeply love or that encourages a great workout but it’s also the poses that really challenge us mentally or force us to face that rampant mind, that can be of most benefit to us.

You may have already witnessed first hand the unending benefits of asana upon your own body and state of mind. Our minds and our emotional being can often be mirrored or symbolised in the body. You may notice tears arise in pigeon pose as you release the fascia and allow the hips to move and open (women particularly, are renowned for storing emotion in their hips) or perhaps you feel the white heat of anger in your camel pose or as you release your hamstrings – these are all valuable opportunities to allow the mind and body to form cohesion, to discard what doesn’t serve you and allow space for other things such as peace or stillness or joy.

‘Living in the body is also an integral aspect of spiritual practice,’ Donna Farhi.